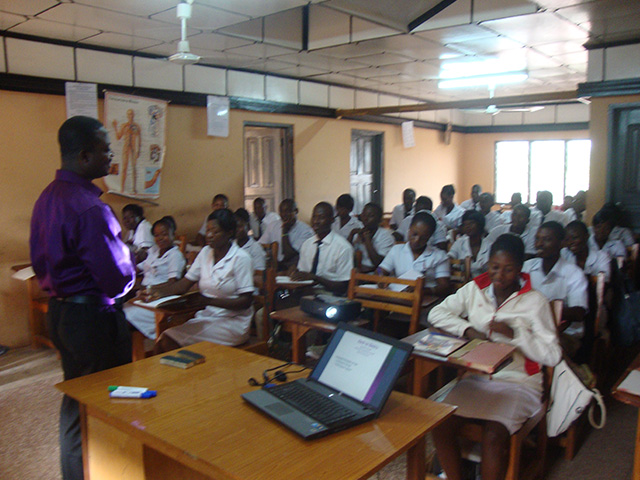 KBNF – Board of Director- Resident in Ghana

Samuel Ampem-Asare was the Trade Officer for the Canadian High Commission in Accra Ghana, serving for seven years. A linguist, he speaks seven languages fluently. When intervening on behalf of KBNF in 2002, Samuel was instrumental in facilitating the success of KBNF’s first nursing education program for 4 Korle-Bu Teaching Hospital nurses, held at the University of British Columbia and the Vancouver General Hospital

Samuel is the human resources director for the Electric Company of Ghana, requiring significant international travel. Since 2013, Samuel serves as a mission facilitator for KBNF West African travel and for KBNF operations. He holds the distinction of being the first resident-Ghanaian Director to serve on our Board.

Samuel is married to Nana with two grown children, the apple of their eyes, and understands intrinsically the need for proper medical care in West Africa after the tragic death of their first son in Ghana.